Skip to content
Should museums send back objects? Thousands were acquired from former colonies and/or as the spoils of war. The new Grand Egyptian Museum (GEM), is calling for the return of the Rosetta Stone. It’s been displayed in the British Museum for more than 200 years. 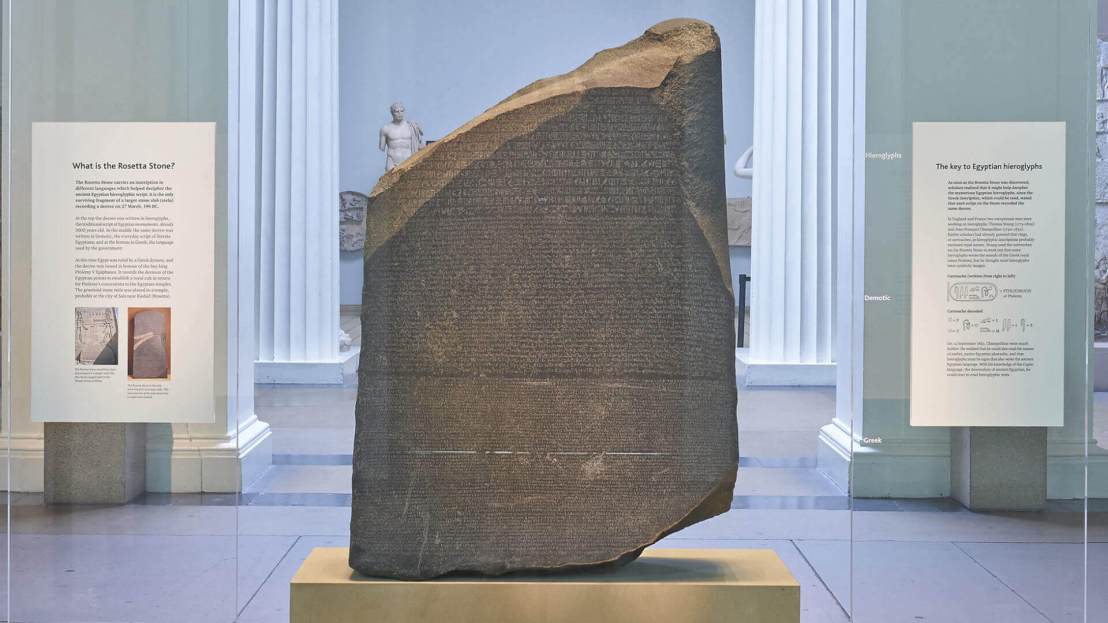 China wants Imperial treasures returned and indigenous Australians are also calling for the return of objects that are at the Museum.
The longest-running dispute concerns the famous Elgin Marbles. Taken by Lord Elgin from the Parthenon in the early nineteenth- century. Greece claims they were taken illegally and should be returned for permanent display in Athens. The British Museum says Elgin acted with permission of the Ottoman Empire.

Questions are also asked about artifacts with dubious provenance. European museums have to consider where their colonial-era artifacts belong. For much of the most important tribal art from Africa or South-America, one has to go to western collections.
The Neues Museum in Berlin has been asked to return the Bust of Nefertiti to Egypt. Iraqi student, Zeidoun Alkinani protested for the restitution of the Babylonian Ishtar Gate, which now resides at the Pergamon Museum in the German capital.

Turkey also wants some of their heritage returned from that same museum, as well as from several other institutions around the world. It is not only museums that are coming under fire in this way. Harvard University was also asked by Turkey to return objects from the Dumbarton Oaks Research Library and their collection in Washington D.C. The National Archives in Washington D.C. owns many Iraqi Jewish artifacts.
Some even say that the Queen of England should give back the Koh-i-Noor to India, a diamond that is set in her crown and displayed in the Tower of London.

It is not just concerning the art of ancient or indigenous cultures where these questions are being asked.
During World War II the Nazi’s systematically looted art from the countries they occupied and from Jewish owned art collections. Some of the stolen art which was recovered by the Allied forces was never returned to their rightful owners.
Objects plundered during more recent wars have not been relocated either. During the Gulf wars, thousands of pieces were stolen. Items from the National Museum of Iraq have ended up in the USA, with some being auctioned at Christie’s in New York. What should happen to these objects? Where should they be displayed? Should they be able to stay where they are when they have come into a collection via such ambiguous circumstances? If everything went go back to their original countries of origin our museums might get rather empty. What guidelines should we follow? How long can we still be responsible for the deeds of our ancestors?
There are no easy answers, but we absolutely need to acknowledge this. Sometimes a text explaining the provenance is enough. In other cases restitution is the only answer.